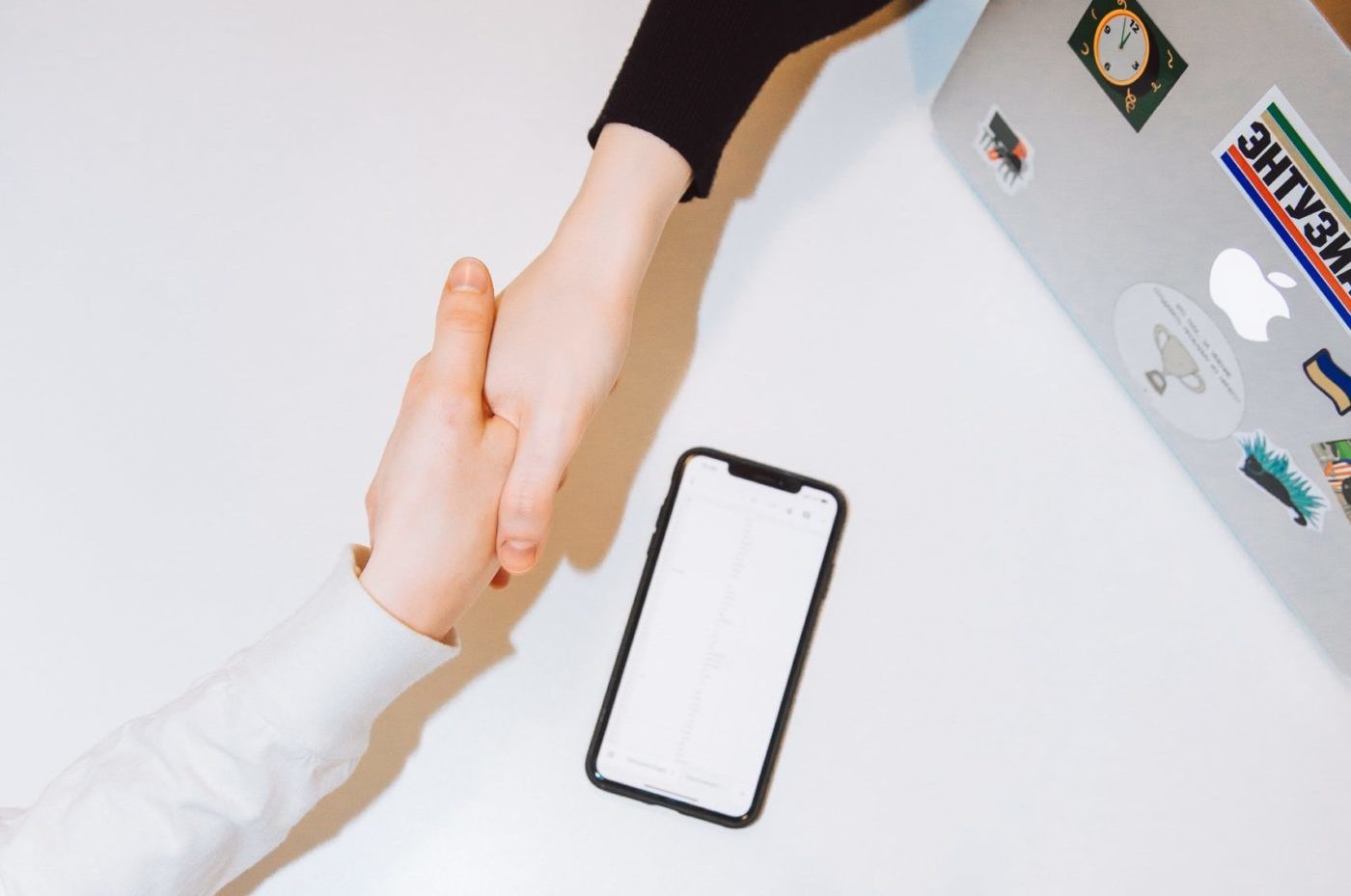 Released in December 2018, Google’s new framework Flutter got the huge attention of the developers and big-shot companies to build scalable mobile apps. And by the mid-July of 2020, Flutter app development has become the talk of the town.

With innumerable benefits the Flutter framework has to offer to its developers, there arises a question;

How to hire Flutter developers offshore and not regret later parts?

If this question is constantly hitting your mind, then you’ve landed at the correct address!

But with so many frameworks available to build hybrid mobile apps, why go for Flutter. Let’s find out.

What skills do Flutter app developers must possess?

Apart from the technical skills, below are the few soft and hard skills one must keep in mind to hire top Flutter, app developers:

Your remote Flutter app developers must be flexible enough to work with a bunch of other specialists. The specialist may include UI/UX designer, project manager, testing and QA team, and so on.

Though the hired dedicated developer might work in different geographical locations, regular communication and teamwork should be maintained for the project. It is quite essential to establish regular and clear communication for quick feedbacks.

The hired dedicated Flutter developers must be proficient enough to face any bugs, issues, and misconceptions during the development process and efficiently solve them.

Flutter app developers need to be creative enough to look at things from different angles to give innovative solutions.

How to hire Flutter developers offshore for my next project?

If you’re looking for top Flutter outsourcing companies, then you can evaluate their company details and portfolio on platforms like Clutch, Good Firms, and IT Firms.

Do you know? We’ve recommended Flutter app development to 250+ clients due to its immersive user experience, faster development, and quality-oriented solutions.

Here is: What made them choose Flutter over native?

Which are the Top Countries to Hire Flutter Developers Offshore?

Few countries including India, Europe, Australia, Brazil, and Indonesia have a rich source of skilled and experienced remote development teams and developers. You can hire them for your next Flutter app development project. However, multiple factors need to be considered before you hire offshore Flutter developers.

For instance: The geographical area, service cost, cultural similarities, availability of skilled and experienced developers, and so on. So, if you’re a startup and looking for a team extension, you need to gauge these factors before hiring a remote developer for your project.

Cost Comparison: What are the hourly rates to hire top Flutter developers?

Well, developers usually charge on an average hourly basis. And the charges can vary as per the below factors:

Since there aren’t many Flutter developers to analyze their salary, we’ll speak about mobile app developers’ hourly rates. The hourly rates of Flutter and mobile developers are quite similar. 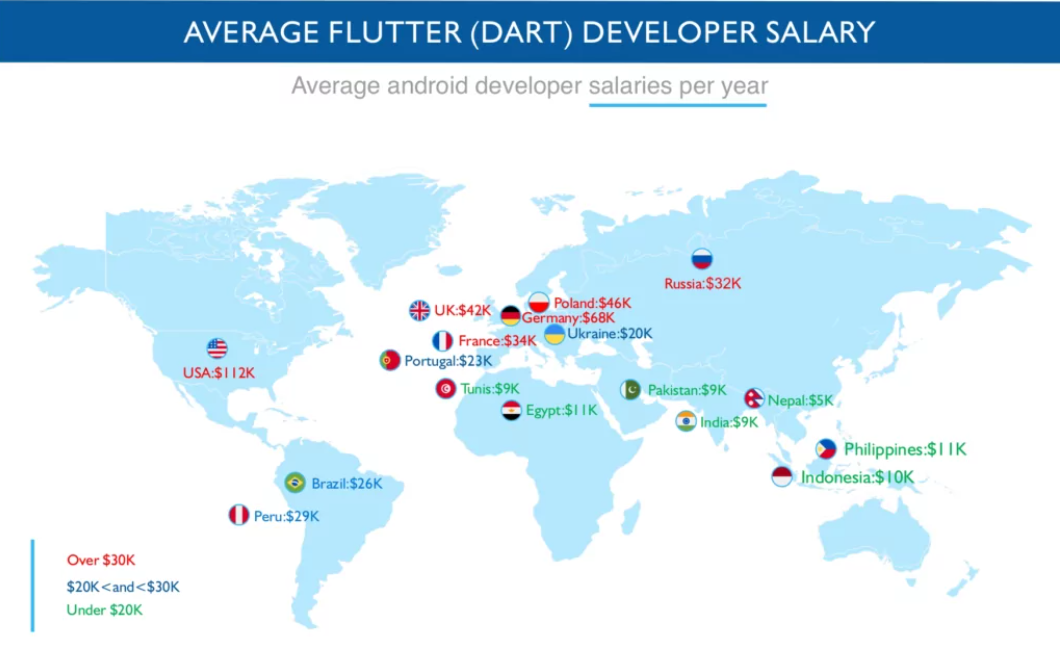 So, how about the Flutter app developer salary each hour?

At Adorebits, we have conducted in-depth research using PayScale and Glassdoor along with comparing salaries. We have also considered factors including location, experience, industry, and company size to give an exact picture of the expected salary for a Flutter app developer. 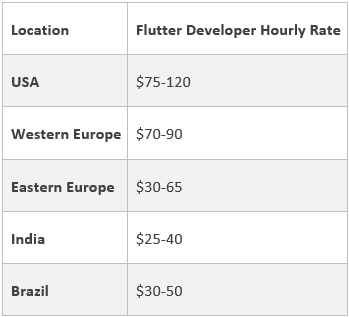 What questions need to be asked to hire the right Flutter app developers for your project success?

Below are a few of the questions you can ask to Flutter app developers to gauge your project success:

While conducting an interview:

It is advisable to host a video conferencing call with the candidate to develop a good relationship with them and to choose the best one for your organization.

With this, you can easily:

What else do I need to know before you hire a Flutter developer?

Before you hire a Flutter app developer for your business:

Ready to hire a Flutter developer from Adorebits?

Now the boss calls the shots. We’ve tried our best to gather the information to help you decide the best option.

So, are you planning to build your next project on Flutter but lack the development resources?

I would suggest you; hire Flutter developers from Adorebits. The developers here are well-equipped with the latest industry standards and changing technology trends. Moreover, they have worked over 250+ Flutter apps for clients across 30+ countries.

So, what are you waiting for?