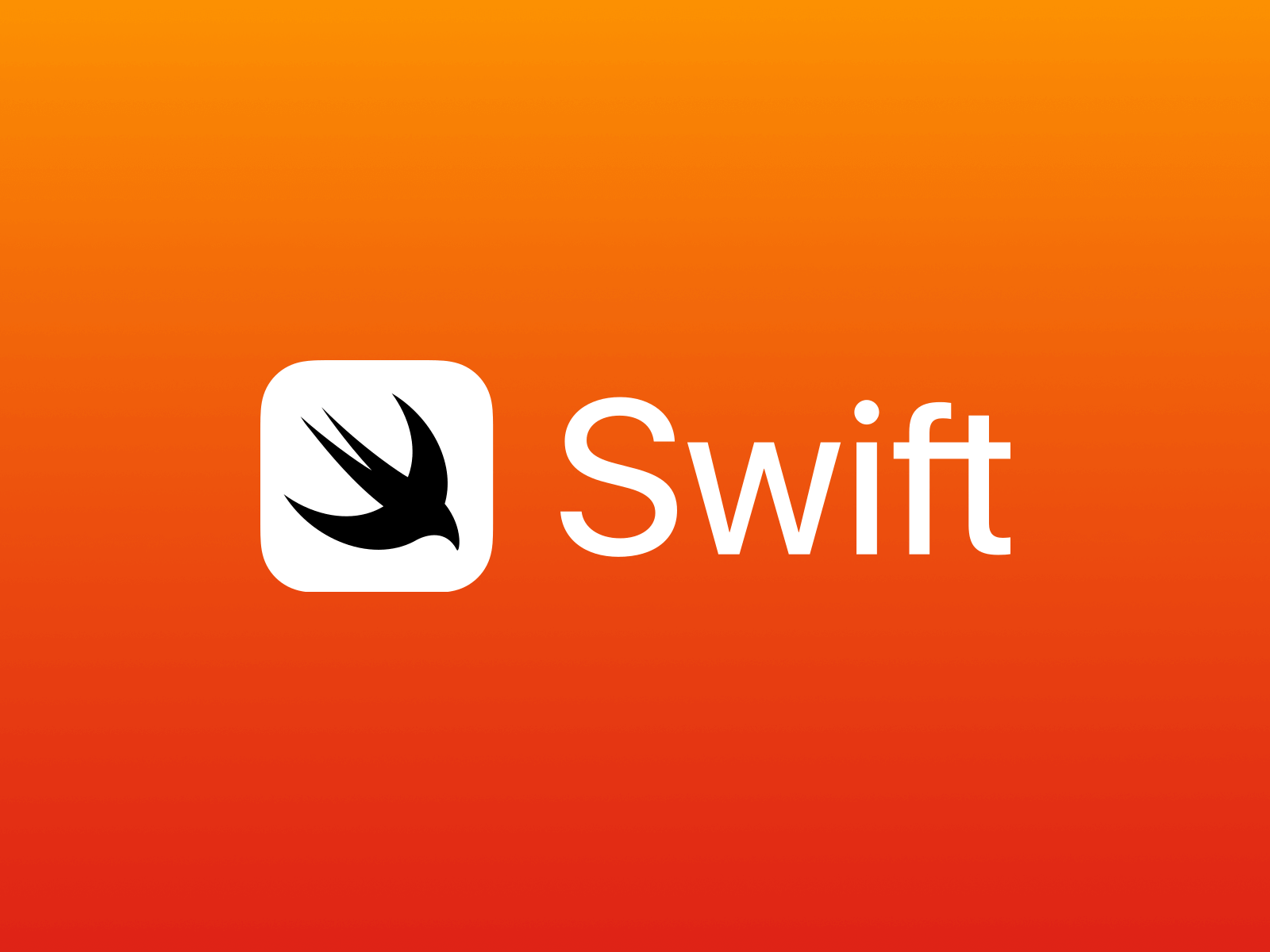 Swift is an intuitive and very powerful programming language for iOS app development, macOS, tvOS, watchOS, and much more. Writing Swift code has been an interactive and pleasing experience for developers so far. Swift 5.4 comprises unique features that iOS developers admire. The platform is adequately secure in terms of design and architecture. Moreover, it helps develop software that runs at lightning-fast speed!

Swift language was introduced as a replacement for Apple’s former programming language ‘Objective-C’ as it lacked characteristics of modern languages. It collaborates with Apple’s Cocoa and Cocoa Touch Frameworks. It is created with the open-source LLVM compiler framework. It has many traits addressing programming glitches like null pointer dereferencing.

Further, Swift programming language provides syntactic sugar to help in limiting the pyramid of doom. It can also pertain to structs and kinds, which Apple promotes as a fundamental transition in programming paradigms. They are termed ‘Protocol-oriented Programming.’ 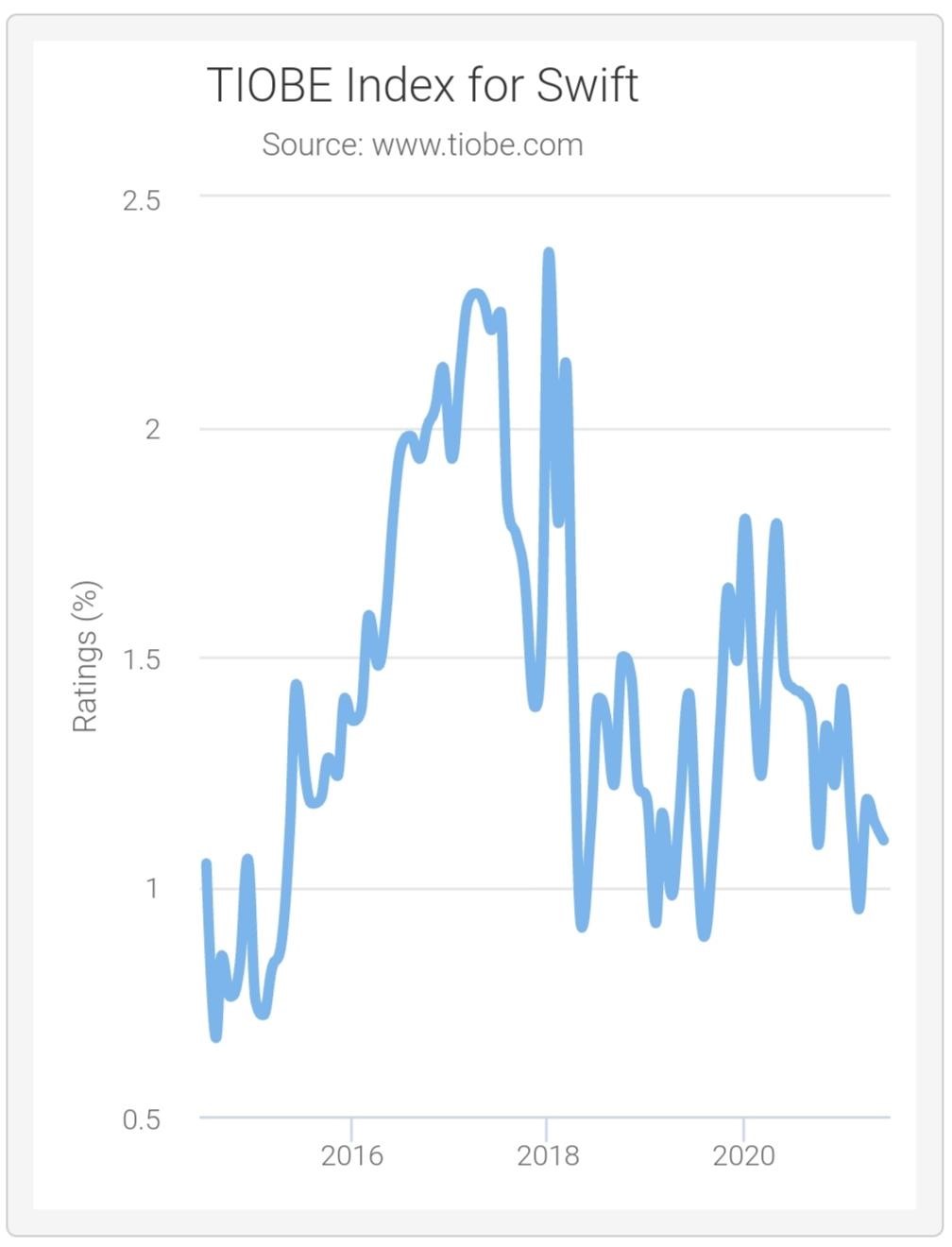 TIOBE Index for Swift indicates that it has emerged as one of the top in-demand programming languages.

Swift programming language was launched in the year 2014 and was soon upgraded to Swift 2.0 version in 2015. Swift 4.0 was later established in 2017, and it brought significant changes to some built-in structures. By working on the migration functionality assembled into Xcode, code written with previous versions of Swift can be updated. Swift 5 was released in 2019 with features including a stable binary interface on Apple platforms. Swift 5.1 featured many new additions such as Opaque return types and Function builders. In addition, it increased the stable features of the language ‘Compile Time‘ with the introduction of module stability.

To the delight of developers, Swift 5.4 has now officially been released! It includes a variety of language and tooling modifications. It is accessible on Swift.org and the Apple Books store.

Swift 5.4 feature the following new characteristics for iOS app development that can transform the language significantly:

To prepare the way for a replacement concurrency model, the compiler now emits a warning and fix-it for unqualified uses that await as an identifier. Those identifiers are going to be interpreted because the keyword awaits during a future version of Swift as a part of SE-0296.

Swift 5.4 features have been introduced with massive improvements. This includes better code fulfillment in expressions with errors and great speed-ups for incremental compilation. However, it also adds valuable new characteristics and refinements to the version.

Let’s have a glimpse at some of the Swift 5.4 features for iOS App Development…

When you start working on a new Playground or a new Xcode project, the given value will be written on this project:

With Swift 5.4, the name of this value has been changed :

Now let’s have a look at improvements that are noteworthy!

So with this improvement, we can now write multiple variadic parameters as mentioned in the code below:

The function we mentioned above can be called, but only one String element can be written if we want.

Multiple variadic parameters work just like arrays. While calling a value in a parameter, it is essential to check beforehand if that value exists or not. Otherwise, it will be wrong, and the code will crash.

return “There is no second person.”

We all know that result builders have been an essential part of Swift since SwiftUI was released. Now, it has introduced more improvements with the latest release.

Is it possible to generate dozens of strings with a function that outputs a String? The answer is yes if we use result builders! By defining new structs with @resultBuilder, we can define new result builders. The methods and properties that you define must be static.

Here is the code:

We can use the following code to describe it:

“It really inspires the,”

“to break free and start,”

We used the build block method directly while defining a value. So, we put a comma at the end of every String element. Instead of this, the StringBuilder can be used in a function to do the same thing without using commas.

“It really inspires the”

“to break free and start”

The code is as follows:

By creating an if loop, the String element can be changed as per the boolean value.

“It really inspires the”

“to break free and start”

We can do a lot of experiments with result builders. So you can try and find them out.

When an element inside a modifier is defined, there is no need to mention the main type of that element. So, more than one member property or function can be chained together without adding the type at the beginning, as shown below:

After Swift 5.4, this code block below has to be written for the same result.

Here is the line of code:

You can write these below:

We hope this article was of much value and information for you to learn about the latest Swift 5.4 build features. Recent reports suggest that the Swift 6.0 version may be released soon! All the changes that are mentioned above have been well-received by iOS developers so far. So do let us know which upgrade attracted you the most and which feature did not stand up to your expectations.